Debt-to-GDP ratio is an economic metric that compares a country's government debt to its gross domestic product (GDP) (which represents the value of all goods and services produced by the country). Typically used to determine the stability and health of a nation's economy, debt-to-GDP ratio is expressed as a percentage and offers an at-a-glance estimate of a country's ability to pay back its current debts. Nations with a low debt-to-GDP ratio are more likely to be able to repay their debts with relative ease. Nations whose economies struggle to produce income or which have an oversized debt tend to have a high debt-to-GDP ratio. Debt-to-GDP ratios above 77% can hinder economic growth and (in some cases) place a country at risk of defaulting on its debts, which could wreak havoc on its economy and financial markets. 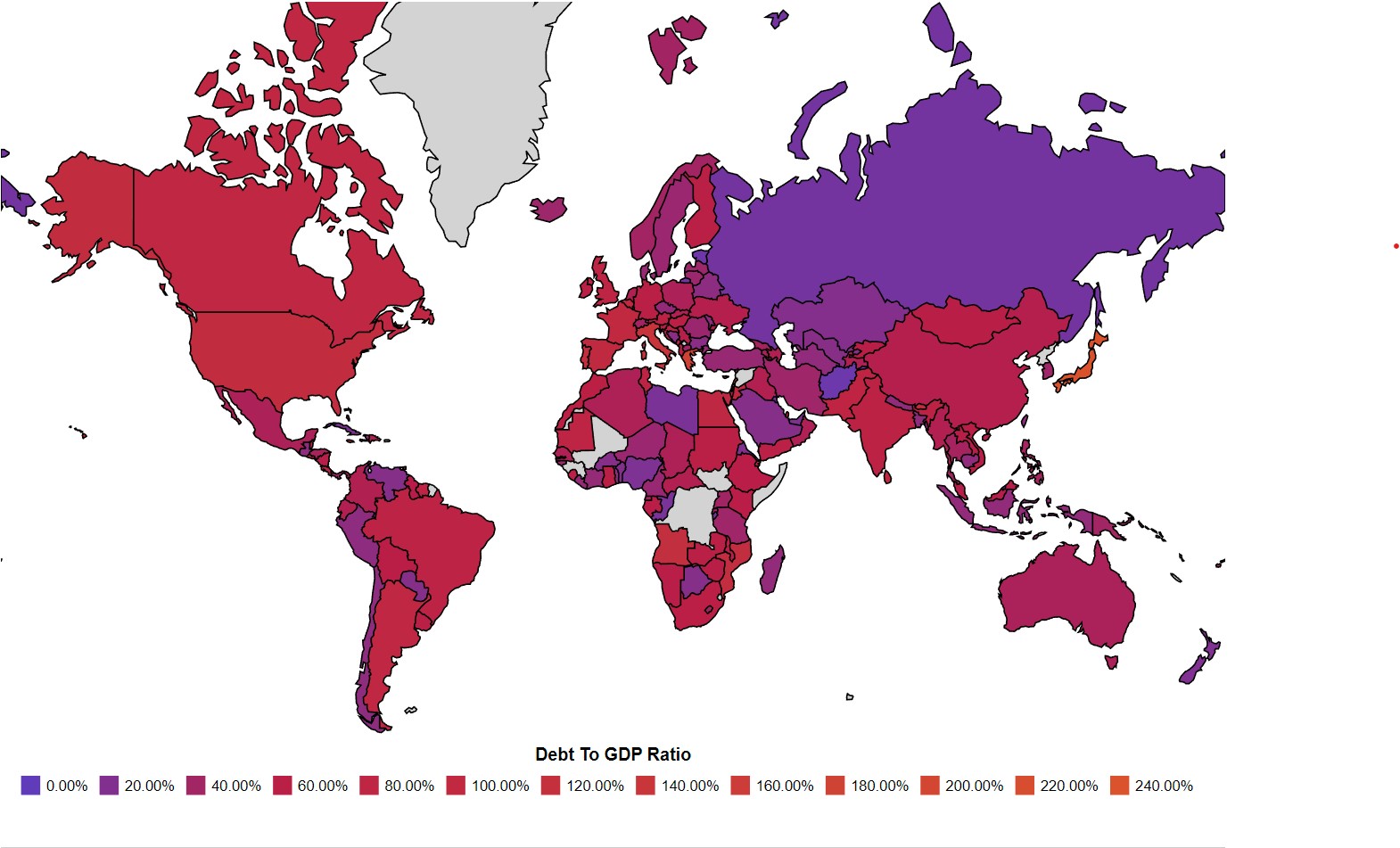 As of December 2020, the nation with the highest debt-to-GDP ratio is Venezuela, and by a considerable margin. The South American country has what may be the world's largest reserves of oil, but the state-owned oil company is said to be poorly managed, and Venezuela's GDP has plummeted in recent years. At the same time, Venezuela has taken out massive loans, adding to its debt burden, and president Nicolas Maduro has made questionable moves to slow the country's rampant inflation.

Japan occupies the second slot with a ratio of 266%. In 1992, Japan's Nikkei (stock market) crashed. The government bailed out banks and insurance companies, providing them with low-interest credit. Banks were consolidated and nationalized, and other stimulus initiatives were used to help the struggling economy. However, these actions caused Japan's debt to increase dramatically.

Another interesting entry on this list is the United States, whose debt-to-GDP ratio ranks 12th out of all the world's countries. While the U.S. boasts the highest GDP in the world,, it nonetheless spends more than it earns. Major contributors to the national debt include the world's largest military budget, tax cuts (which reduce government income and rarely result in a corresponding increase in economic growth), COVID-19 relief efforts, and mandatory-but-underfunded programs such as Medicare.

While a low debt-to-GDP ratio is generally desirable, it does not necessarily indicate a healthy economy. Many stagnant or developing economies have a low debt-to-income ratio because both their level of debt and their GDP are low. In fact, in some cases, a country's economy could be healthier in the long run if the country were to borrow from another country and invest heavily in economic growth. This would increase the borrowing country's debt-to-GDP ratio temporarily, but could also grow the economy (and GDP) enough to pay off the debt and continue earning increased profits in the future. However, because economic growth is not guaranteed, such borrowing could also backfire (as it arguably has for Venezuela).