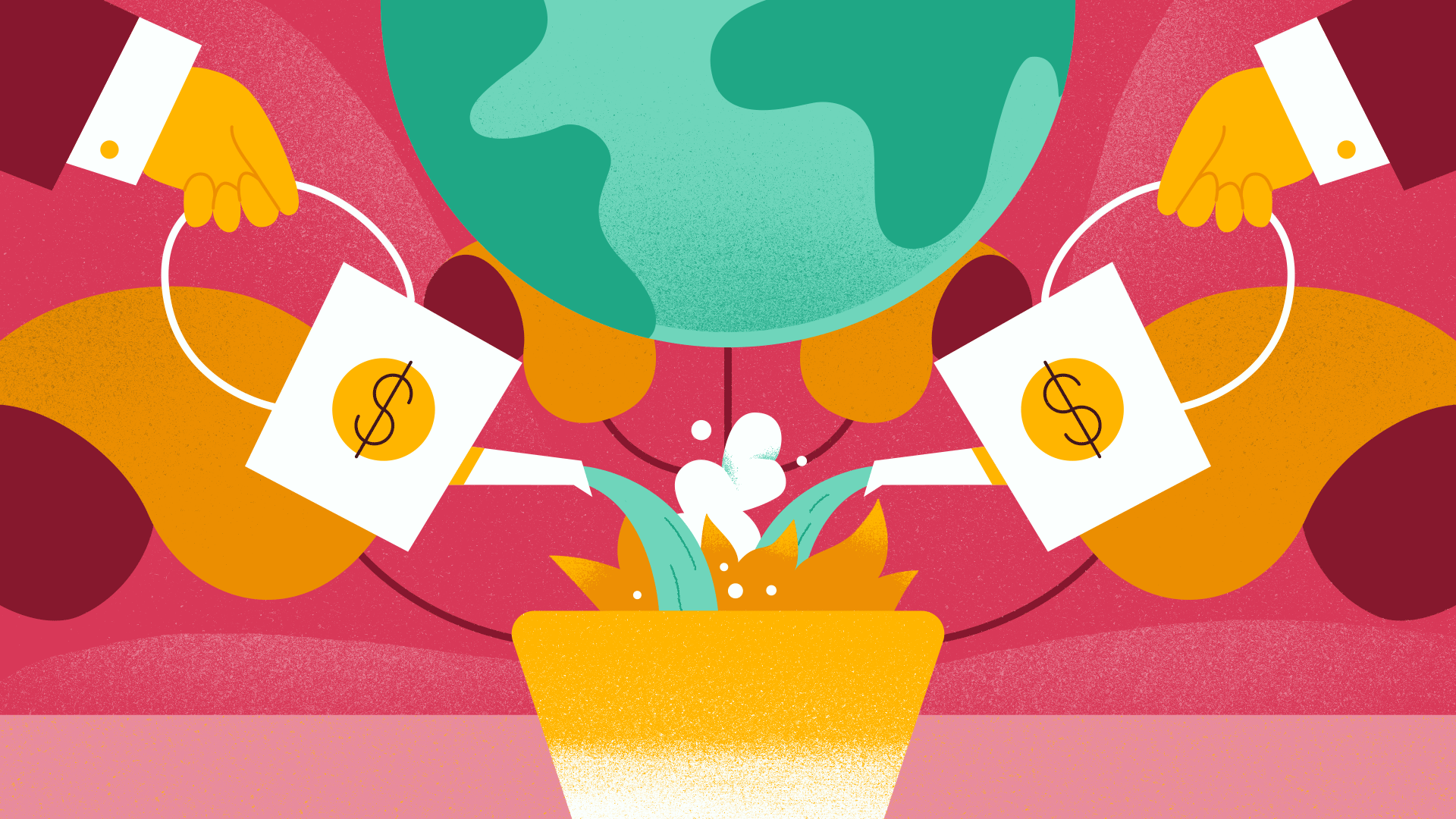 Wildfires are burning across Australia; floods are overwhelming Europe; and a heat dome has produced record temperatures in North America. As the Intergovernmental Panel On Climate Change's (IPCC) sixth report warned earlier this year: "It is unequivocal that human influence has warmed the atmosphere, ocean and land." The climate crisis isn’t looming, it has arrived – and it's well past time to move from net-zero commitments to real action.

The Paris Agreement to hold global warming to 1.5°C was signed in 2015, with governments and businesses pledging to meet long-term net-zero goals, but, according to PwC's Net Zero Economy Index, decarbonisation simply isn't happening quickly enough. This means the world needs to radically accelerate its emission cuts in order to keep to the Paris Agreement.

The PwC report reveals a decarbonisation rate of 12.9 per cent is now needed to maintain the 1.5°C goal – that’s five times faster than 2020's rate of 2.5 per cent and eight times faster than the global average this century. While governments, businesses and the financial sector have stepped up, their existing commitments will not be enough to meet that 1.5°C target – action is needed to deliver on those pledges.

Indeed, while countries making up two-thirds of global GDP have net-zero targets of some sort, they are mostly so far failing to meet those goals – and that's despite emissions from energy falling during the pandemic, PwC notes. There are countries that have reported better than average rates over the last year, with Mexico and Indonesia recording the biggest reductions in emissions relative to their economic growth, but they are anomalies – collectively, the G20 is not doing enough.

On the industry side, the race to net zero is on, with an unprecedented surge in climate pledges made by the private sector over the last 18 months, sparked by pressure from governments as well as value chains, investors and customers. More than 2,000 companies are taking action by setting targets, or committing to set targets, to reduce their emissions through the Science Based Targets initiative (SBTi), while just under 4,500 are taking part in the Race to Zero Campaign. That means more than half of the sectors making up the global economy have committed to halve their emissions in the next decade. However, commitments alone aren't enough – they need to develop and implement workable strategies to transform high carbon business models now.

Against the backdrop of gloom, there is one ray of hope. In the climate-tech space, a new generation of startups are striking out with new business models that have serious breakthrough potential. These range from carbon-negative protein production to nuclear fusion technology, such as Deep Branch Bio Tech’s carbon-capture-and-use, and First Light Fusion’s pioneering research into inertial confinement fusion. In the long term across the carbon-heavy sectors of transport, energy and food that collectively produce 90 per cent of global carbon emissions, the combination of solar, wind and battery, electric autonomous transport and precision fermentation may offer runaway solutions that will outpace conventional fossil-fuel-based centralised models.

And venture capital (VC) is also playing a critical role in financing potential solutions, giving a lifeline to innovative startups ready to transition from angel and seed investment to more serious levels of development. From a mere $418 million in 2013, VC investment into climate tech rose to $16 billion in 2019 and mainstream investors, such as those in the Real Assets space, are now pouring trillions of dollars of funding into decarbonisation efforts. The Net Zero Asset Manager Initiative has 128 signatories with $43 trillion in assets under management, while the Glasgow Financial Alliance for Net Zero has more than 250 firms with more than $88 trillion and Climate Action 100+ has members representing $60 trillion in value. In the first half of 2021, investment in climate-tech startups and companies topped the total from 2020, exceeding $60 billion.

PwC has also spotted a clear increase in climate tech megadeals worth $100 million or more. In 2019, there were 70 such megadeals – but the first half of 2021 has seen more than 120. So far it’s concentrated; half of that funding has been raised in the US and Canada, and has been dominated by mobility companies, which nabbed nine of ten deals in the region. Indeed, mobility startups raised more than $40 billion in the first half of 2021, more than half the overall funding raised for climate-tech companies this year.

And that’s no surprise, with electric vehicle (EV) companies snapping up $8 billion in funding in three major deals alone; Electric-truck maker Rivian raised $2.65 billion in January, while GM-owned autonomous and electric car developer Cruise raised $2.75 billion in April from Walmart and other investors, valuing the company at $30 billion. In June, Swedish battery maker Northvolt raised $2.75 billion, enabling expansion of its gigafactory from 40GWh to 60GWh of annual production capacity to meet growing demand.

Alternative protein startups have also attracted significant investment, led by the success of companies including Beyond Meat and Impossible Foods. But PwC’s analysis in The State of Climate Tech shows there are opportunities in sectors critical to climate change which remain underfunded, including shipping and heavy industry, as well as carbon capture, utilisation and storage (CCUS) technologies.

What’s the takeaway? We are at a point of transition between a fossil-fuel model, and a new economic order that’s developing before our eyes. The breakthrough technologies we need are emerging. It's time to scale up climate tech – through policy, through capital and through industry collaboration, to give us a chance of keeping to that critical 1.5°C.