A Sea of White Faces in Australias Party of Multiculturalism

A young daughter of Vietnamese refugees was set to run for Parliament. Then she was passed over for a white insider, and a debate over cultural diversity flared into the open.

MELBOURNE, Australia — She seemed an ideal political candidate in a country that likes to call itself the world’s “most successful multicultural nation.” 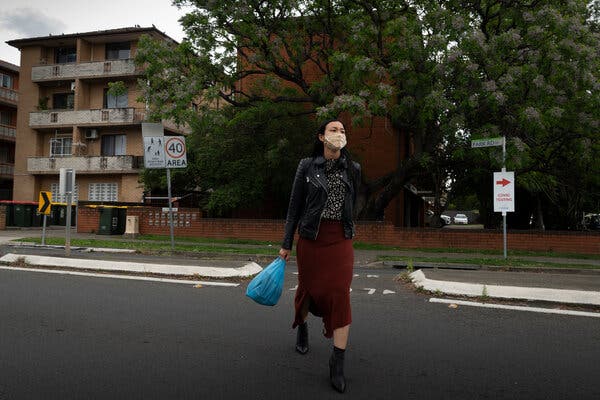 Tu Le in Cabramatta, a suburb of Sydney, on Thursday. She had been set to become the opposition Labor Party’s candidate for Parliament in one of Sydney’s most diverse districts.Credit...Matthew Abbott for The New York Times

Tu Le, a young Australian lawyer who is the daughter of Vietnamese refugees, was set to become the opposition Labor Party’s candidate for Parliament in one of Sydney’s most diverse districts. She grew up nearby, works as an advocate for exploited migrant workers and had the backing of the incumbent.

Then Ms. Le was passed over. The leaders of the center-left party, which casts itself as a bastion of diversity, instead chose a white American-born senator, Kristina Keneally, from Sydney’s wealthy northeast to run for the safe Labor seat in the city’s impoverished southwest.

But Ms. Le, unlike many before her, did not go quietly. She and other young members of the political left have pushed into the open a debate over the near absence of cultural diversity in Australia’s halls of power, which has persisted even as the country has been transformed by non-European migration.

While about a quarter of the population is nonwhite, members of minority groups make up only about 6 percent of the federal Parliament, according to a 2018 study. That figure has barely budged since, leaving Australia far behind comparable democracies like Britain, Canada and the United States. 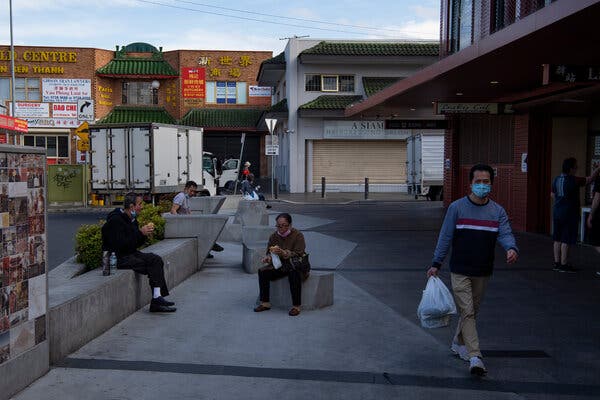 The shopping district of Cabramatta. In Australia, migrant communities are often courted for photo opportunities and as fund-raising bases or voting blocs, but are largely shut out of electoral power.Credit...Matthew Abbott for The New York Times

In Australia, migrant communities are often seen but not heard: courted for photo opportunities and as fund-raising bases or voting blocs, but largely shut out of electoral power, elected officials and party members said. Now, more are demanding change after global reckonings on race like the Black Lives Matter movement and a pandemic that has crystallized Australia’s class and racial inequalities.

“The Australia that I live in and the one that I work in, Parliament, are two completely different worlds,” said Mehreen Faruqi, a Greens party senator who in 2013 became Australia’s first female Muslim member of Parliament. “And we now know why they are two completely different worlds. It’s because people are not willing to step aside and actually make room for this representation.”

The backlash has reached the highest levels of the Labor Party, which is hoping to unseat Prime Minister Scott Morrison in a federal election that must be held by May.

The Labor leader, Anthony Albanese, faced criticism when he held up the white senator, Ms. Keneally, 52, as a migrant “success story” because she had been born in the United States. Some party members called the comment tone deaf, a charge they also leveled at former Prime Minister Paul Keating after he said local candidates “would take years to scramble” to Ms. Keneally’s “level of executive ability, if they can ever get there at all.”

Ms. Keneally, one of the Labor Party’s most senior members, told a radio interviewer that she had “made a deliberate decision” to seek the southwestern Sydney seat. She did so, she said, because it represents an overlooked community that had “never had a local member who sits at the highest level of government, at a senior level at the cabinet table, and I think they deserve that.” 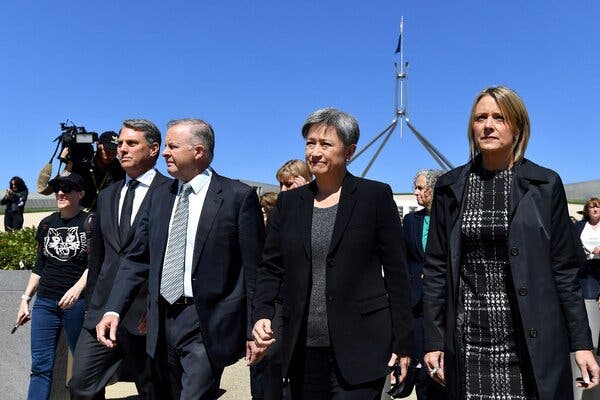 She plans to move to the district, she said. In the Australian political system, candidates for parliamentary seats are decided either by party leaders or through an internal vote of party members from that district. Candidates do not have to live in the district they seek to represent.

Chris Hayes, the veteran lawmaker who is vacating the southwestern Sydney seat, said he had endorsed Ms. Le because of her deep connections with the community.

“It would be sensational to be able to not only say that we in Labor are the party of multiculturalism, but to actually show it in our faces,” he told the Australian Broadcasting Corporation in March.

Ms. Le, 30, said she believed the party leadership sidelined her because it saw her as a “tick-the-box exercise” instead of a viable contender. 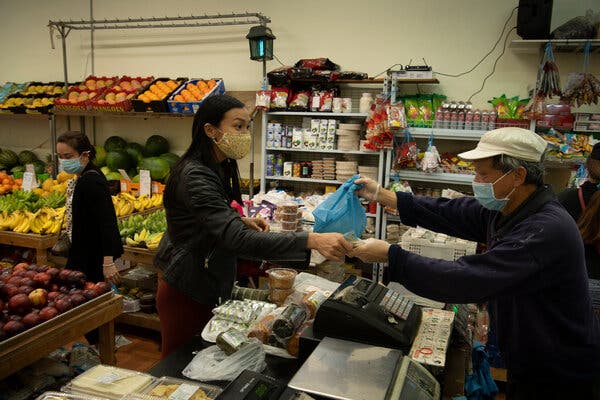 Ms. Le said she believed the party leadership sidelined her because it saw her as a “tick-the-box exercise” instead of a viable contender.Credit...Matthew Abbott for The New York Times

As an outsider, “the system was stacked against me,” she said. “I haven’t ‘paid my dues,’ I haven’t ‘served my time’ or been in with the faceless men or factional bosses for years.”

What she finds especially disappointing about Labor’s decision, she said, is the message it sends: that the party takes for granted the working-class and migrant communities it relies on for votes.

Australia has not experienced the same sorts of fights over political representation that have resulted in growing electoral clout for minority groups in other countries, said Tim Soutphommasane, a former national racial discrimination commissioner, in part because it introduced a “top down” policy of multiculturalism in the 1970s.

That has generated recognition of minority groups, though often in the form of “celebratory” multiculturalism, he said, that uses food and cultural festivals as stand-ins for genuine engagement.

When ethnic minorities get involved in Australian politics, they are often pushed to become their communities’ de facto representatives — expected to speak on multiculturalism issues, or relegated to recruiting party members from the same cultural background — and then are punished for supposedly not having broader appeal. 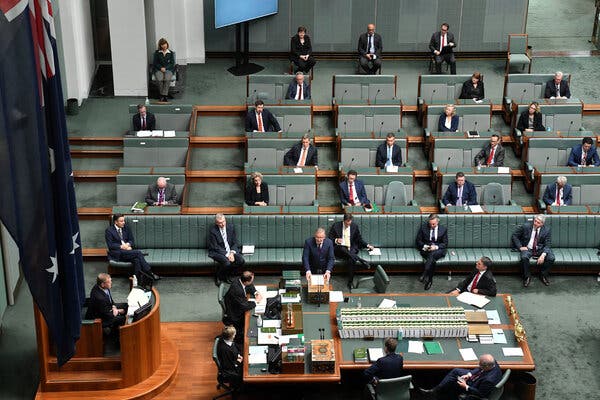 While about a quarter of the population of Australia is nonwhite, members of minority groups make up only about six percent of the federal Parliament.Credit...Sam Mooy/Getty Images

“The expectation from inside the parties as well as the community is that you’re there to represent the minority, the small portion of your community that’s from the same ethnic background as you,” said Elizabeth Lee, a Korean Australian who is the leader of the Australian Capital Territory’s Liberal Party. “It’s very hard to break through that mold.”

Many ethnically diverse candidates never make it to Parliament because their parties do not put them in winnable races, said Peter Khalil, a Labor member of Parliament.

During his own election half a decade ago, he was told to shave his goatee because it made him “look like a Muslim,” he said. (Mr. Khalil is a Coptic Christian.)

“They want to bleach you, whiten you,” he added, “because there’s a fear that you’ll scare people off.”

In the Australian political system, the displacement of a local candidate by a higher-ranking party insider is not unusual. Mr. Morrison was chosen to run for a seat in 2007 after a more popular Lebanese Australian candidate, Michael Towke, said he was forced to withdraw by leaders of the center-right Liberal Party. 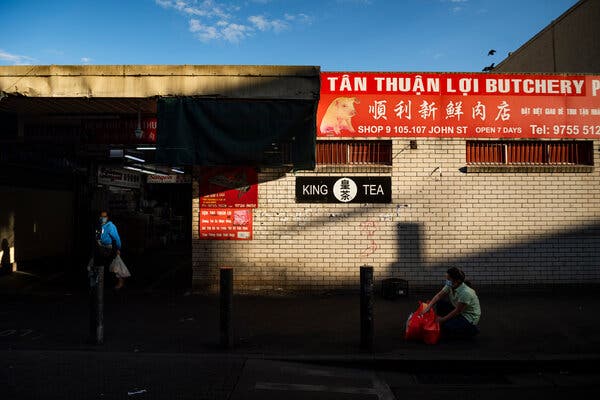 The pandemic has crystallized Australia’s class and racial inequalities.Credit...Matthew Abbott for The New York Times

Ms. Keneally moved to the safe Labor seat, with the backing of party leaders, because she was in danger of losing her current seat. Her backers also note that she has been endorsed by a handful of Vietnamese, Cambodian and Middle Eastern community leaders.

Joseph Haweil, 32, the mayor of a municipality in Melbourne and a Labor Party member, said that as a political aspirant from a refugee background, he saw in the controversy over Ms. Le a glimpse of his possible future. Mr. Haweil is Assyrian, a minority group from the Middle East.

“You can spend years and years doing the groundwork, the most important thing in politics — assisting local communities, understanding your local community with a view to help them as a public policy maker — and that’s not still enough to get you over the line,” he said.

Osmond Chiu, 34, a party member who is Chinese Australian, said “the message it sent was that culturally diverse representation is an afterthought in Labor, and it will always be sacrificed whenever it is politically inconvenient.”

Ms. Le spoke out in a way that others in the past have avoided, perhaps to preserve future political opportunities. She said that she was uncertain what she would do next, but that she hoped political parties would now think twice before making a decision like the one that shut her out.

“It’s definitely tapped into something quite uncomfortable to discuss, but I think it needs to be out in the open,” she said. “I don’t think people will stand for it anymore.”

Yan Zhuang is a reporter in The New York Times's Australia bureau, based in Melbourne. @yanzhuang25

A version of this article appears in print on Oct. 7, 2021, Section A, Page 4 of the New York edition with the headline: In Society of Many Colors, Halls of Power Are White.

By The New York Times's