Changes in global politics, armed forces and economics means America has a new contender for supremacy, writes a historian of great powers 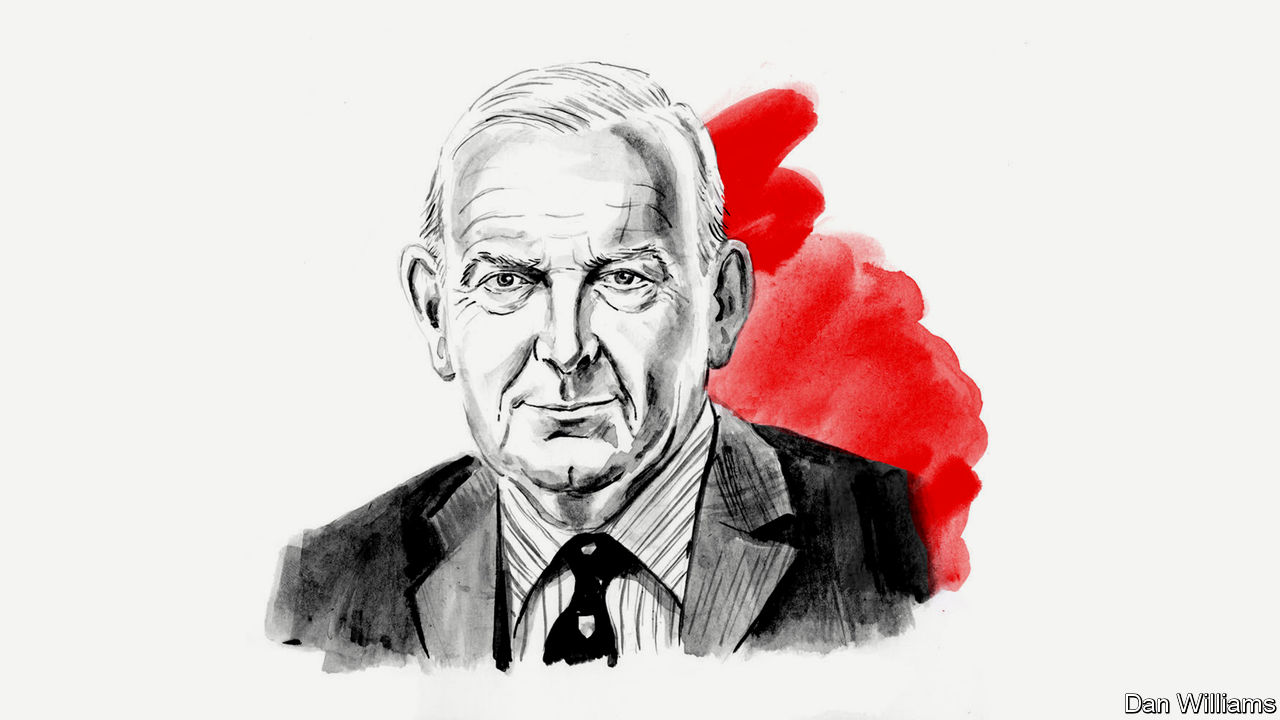 NOTHING HAS consumed foreign-policy thinkers over the years more than the question of whether the United States is in irreversible decline as a world power. The recent events in Afghanistan—which marks yet another American retreat from Asia—certainly feed that sentiment. But a longer-term issue for American policymakers is the steady rise of Chinese power. Is the country about to overtake America, and what are the best economic and military criteria to measure such a transition in world affairs? Is China not ridden with internal problems, only partially disguised by the clever public relations of an authoritarian state? Or is the era of PaxAmericana ending, to be replaced by the Asian century?

It's probably unwise to rush to an immediate “yes” to that last question. Much about America and the world remains the same as it was in the 1980s when I was writing “The Rise and Fall of the Great Powers” (Random House, 1987). It is also true that there were periods in the past 40 years when America’s relative position seemed to have picked up again—in the mid-1990s after the Soviet Union’s collapse and in 2003 after the crushing of Saddam Hussein, the leader of Iraq. Yet such recoveries were always short-lived, compared with several big things that have changed—and not to the advantage of the United States. Consider three significant and longer-term shifts: in international relations, military strength and economic power.

The first is that the strategic-political constellation of forces has changed since the bipolar, cold-war world of a half-century ago when America faced only a fading Soviet Union. The international system now comprises four or maybe five very large states. None of them can, either through hard power or soft power, compel the others to do what they don’t want to do.

There was already evidence of this shift towards a multipolar world when I was drafting the last chapter of “Rise and Fall” in the mid-1980s. But now, in the third decade of this century, the global landscape looks much more varied, with several large nation-states at the top (China, America, India and Russia), followed by the European Union and Japan, and even Indonesia and Iran.

This marks a very significant redistribution of world power, so it simply is not enough to claim, if it is correct, that America remains number one: for even if it is the biggest gorilla in the jungle, it is only one of a bunch of gorillas! And it is irrelevant to the argument to say that Russia’s position has shrunk even further than America’s, when both of them have lost ground relatively—which is, after all, what realist, great-power theory is about.

The second change is that America’s armed forces are considerably smaller and older than they were in the 1980s. Just how long, really, can the Air Force keep patching up and flying its remarkable 70-year-old B-52 bombers, which are older than all its active officers? And how long can the Navy keep refurbishing its 30-year-old Arleigh Burke destroyers? Even if it was only a temporary embarrassment to have the western Pacific denuded of aircraft-carriers last May when the USS Eisenhower group was covering the start of the Afghan withdrawal, the fact is that the Navy today has fewer operating carriers than it had 40 years ago.

As the Pentagon regularly deploys its ships to different regions, the country may simply not have enough of them to match its numerous global commitments. To the historian, then, America is looking rather like the old Habsburg model, possessing large though weary armed forces, stretched across too many regions. And America’s defeat in Afghanistan, leaving military equipment strewn across much of that country, also has a Habsburgian ring to it.

Meanwhile, China seems to be flexing its muscles everywhere. And behind the question of the size of America’s armed forces lurks a bigger issue: whether the era of weapons such as manned aircraft and the large surface warship is not passing and may be gone by 2040. One gets the hunch that, in some drone-dominated battlefield or pulsar-controlled ocean of the future, the odds between America and adversaries like China, Russia or Iran may shift because the advantage from its own better-trained soldiers will be no more. Military revolutions in the past tended to benefit the United States; the next one may not.

Can America afford the price of staying ahead? It needs to candidly ask itself what percentage of its gross domestic product might it take to have a military that fulfills the country’s many obligations (it currently spends around 3.5%). Even 4% of GDP would not be nearly enough and while 6% might do it, that would be such an enormous price tag that one can hear both economists and Congress screaming.

But what else could a future American administration do if—nasty thought, scarcely discussed—China decided to spend much, much more? What if its autocratic leader, Xi Jinping, decided that the time had come for China to allocate 5% or more of its rising GDP to its armed forces? This is a scenario that simply wasn’t present a half-century ago, and nobody in Washington seems to want to talk about it.

This raises the third change and a critical factor of power: relative economic strength. The biggest global transformation since the 1980s has been in the sheer size of the Chinese economy today as compared to America’s. Whatever questions might validly be raised about China’s economic power, such as its unreliable statistics, a shrinking future workforce and so on, the fact is that it still grows at a faster pace, both pre- and post-covid-19. Its economy, measured in terms of GDP adjusted for purchasing-power parity, is already about as big as America’s.

This is a staggering statistic and points to a condition that has not existed since the 1880s, when America’s economy overtook Britain’s. For the entire 20th century the American economy was, roughly speaking, about two to four times larger than that of any of the other great powers. America was roughly ten times larger than Japan when Pearl Harbour was attacked and three times larger than Germany when Hitler rashly declared war.

That unique condition is ending and an amazing flip is happening in world affairs due to China’s combination of demographic size and rising prosperity. With a population of 1.4bn compared to America’s 330m, its citizens need only to achieve half the income of the average American for its total economy to be twice as large. That would give China an enormous amount of funds for future defence spending. Neither a Democratic nor Republican president could do much about that.

Here, with a vengeance, would be yet another episode in “The Rise and Fall of the Great Powers”. Perhaps all that President Xi needs to do, imitating Deng, is to avoid missteps and let China’s economy and military capacity grow, decade after decade. This would present the biggest challenge that America may ever face: another guy on the block as big as itself.

Paul Kennedy is a professor of history at Yale University and the author or editor of 19 books. He is currently working on a new edition of “The Rise and Fall of the Great Powers”.