Which Countries Are Really the Richest?

Per-capita assets arguably show a more balanced picture of a country’s wealth by acknowledging that smaller countries with less citizens will of course accumulate less wealth in total. But calculating averages still does not take into account how wealth is distributed. Median wealth – the wealth of the person who shares their country with an equal amount of richer and poorer people – is different. It increases the more equal a country’s assets are distributed.

While the U.S. is the third wealthiest country for per-capita averages, Americans come in 20th for median wealth. Belgium, on the other hand, is listed 16th for average wealth, but 4th for median wealth, showing how it are a more egalitarian country in terms of wealth distribution. 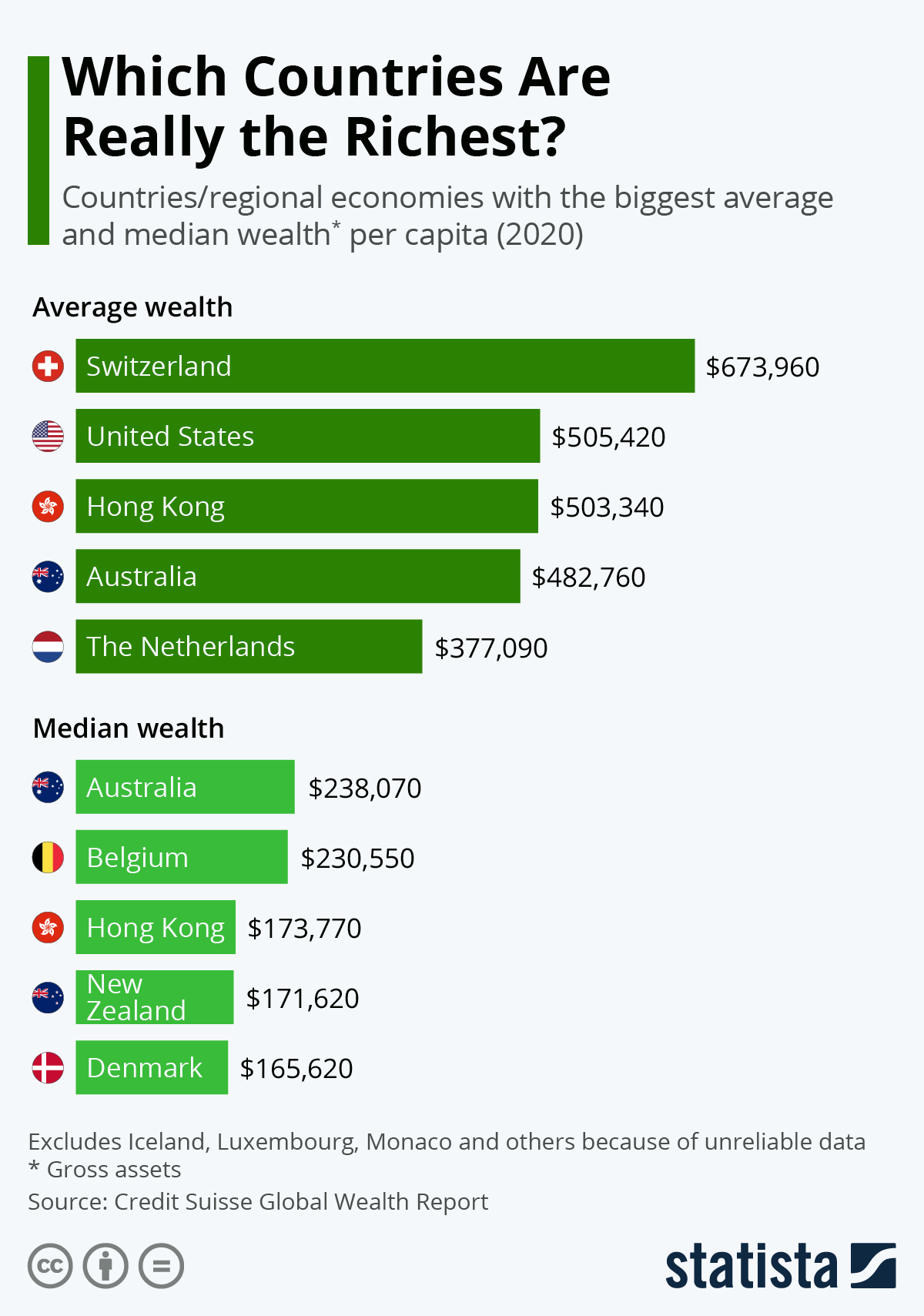