Stemming the Tide: Six Things China Can Do Next to Curb Outflows

As cash continues to flood out of China, expectations are growing that the authorities will erect higher barriers.

With the nations capital outflows last year estimated at $728 billion by Standard Chartered Plc, and the yuan predicted to continue declining against the dollar in 2017, analysts have been casting forward to what the authorities may do next to stop funds from fleeing.

Recent measures include restrictions on buying insurance products in Hong Kong, limiting overseas acquisitions and investments, and demanding more details from citizens when converting their annual quota into foreign exchange.

Chinas currency regulator says such steps have been taken to strengthen existing policies, and dont equate to capital curbs. "China will not return to walking the old path of using capital controls under a planned economy," the State Administration of Foreign Exchange said in e-mailed comments on Wednesday. SAFE will evaluate plans to deal with capital flows “prudently” before implementing them, a regulatory official said at a briefing on Thursday, without giving details.

Heres what analysts say China may do next:

The biggest move authorities can make would be to force exporters to sell their foreign-exchange proceeds, said Brad Setser, a senior fellow at the Council on Foreign Relations in New York and a former U.S. Treasury Department official. Such a step would help tackle one of the key sources of the yuans weakness. Chinese exporters converted the equivalent of 56 percent of their overseas revenues into yuan in November, compared with a monthly average of 71 percent in the four years through 2013, when the currency was gaining.

A measure like this would require outflows to pick up significantly, since it could disrupt trade, said Harrison Hu, chief greater China economist at Royal Bank of Scotland Group Plc. It would be "a move backward from the vision of a China thats more seamlessly integrated into the global financial system,” Setser said.

The currency regulator said in March last year China was considering imposing a tax on foreign-exchange trading to limit capital outflows. The nations central bank has already drafted rules for such a measure, people familiar with the matter told Bloomberg News that same month. A so-called Tobin tax would complicate plans by China to boost the yuans global role and could undermine the leaderships pledge to increase the role of market forces in the worlds second-largest economy.

The Tobin tax takes its name from U.S. economist James Tobin, who in 1972 suggested taking a cut of foreign-exchange trades to limit currency speculation. History is littered with government attempts to extract revenue from financial transactions, not all of which were successful and most of which had unintended consequences. 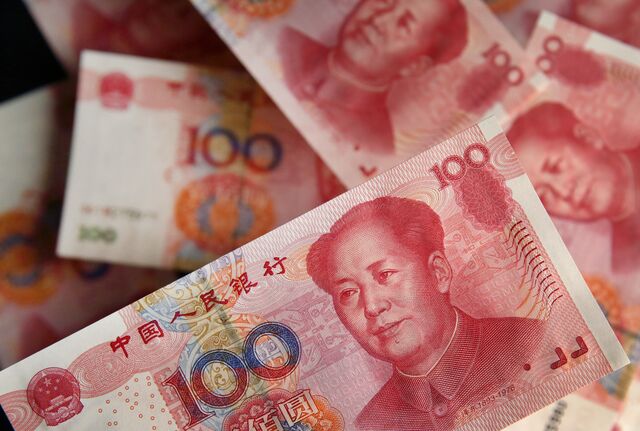 Why is money flowing out of China?

4) Clamp Down on Bitcoin

Chinese investors increasingly turned to the cryptocurrency to hedge against the weakening yuan and take cash out of the nation, helping bitcoin rally to beat every major currency, stock index and commodity contract in 2016. While the $14 billion total value of bitcoin makes it minor relative to most asset classes, its sensitive to any moves by China to curb trading. Bitcoin has tumbled 6.1 percent this year after central bank officials visited exchanges and warned investors about the dangers of trading the asset.

Chinas cash exodus has been partly driven by an increase in financial institutions overseas assets. Outflows via loans rose to $37.2 billion in the third quarter, near a record in balance of payments data going back to 1998. Policy makers can probably discourage state banks from building up foreign assets, and may have done so last quarter, said CFRs Setser.

Luring more foreign funds into China would obviously help counter outflows. In particular, Chinese officials have been courting compilers of global stock and bond indexes, such as MSCI Inc., to get the countrys assets included. Such acceptance would be a coup: HSBC Holdings Plc estimatedthat inclusion in major bond measures could help draw as much as $150 billion to Chinese government debt, and a probable $30 billion if shares were added to MSCI gauges.

Ironically, its Chinas limits on the freedom to withdraw money from the country that discourages inflows. MSCI cited restrictions when it decided against adding Chinese shares to its global indexes in June, saying the limits remain a “significant hurdle” for investors.

All these measures aside, as long as Chinese financial markets remain weak and monetary policy continues to diverge with the U.S.s, money is likely to keep exiting the nation.

“Capital-control measures can help mitigate the pace of capital outflows in the short term,” said Morgan Stanleys Xing. “However, the fundamental factors behind the outflow -- decline in investment returns in China and a continued slippage in interest-rate gaps between China and the U.S. -- have remained in place and will likely keep capital outflow pressures alive in the medium term.”

Before its here, its on the Bloomberg Terminal.